The NYSE has suspended trading Herbalife Nutrition (HLF -12.0%) due to volatility on reports that U.S. prosecutors have charged it in a criminal case related to bribery in China.

Update: In May, the company disclosed that it reached an understanding in principle with the SEC and U.S. Department of Justice (DOJ) to settle their investigation into its compliance with the Foreign Corrupt Practices Act in China during the period of 2006 - 2016. The deal included a three-year deferred prosecution agreement and an aggregate fine + accrued interest of $123M which it has established a reserve for (Q2 10-Q, page 21) (previously disclosed).

In September 2019, it agreed to pay $20M to settle SEC charges over false and misleading statements related to its business model in China.

Hedge fund honcho Bill Ackman had a substantial short position in the company that he exited in 2018 after failing to convince authorities that the company was operating an illegal pyramid scheme.

Update: Shares down 5% on resumption of trade.

Update: The company settled the matter for $122M, including a $55M criminal penalty and $67M to be paid to the SEC. It admitted that it "knowingly and willfully" conspired with others to provide corrupt payments and benefits to Chinese government officials. Shares down 2% on more than a 7x surge in volume. 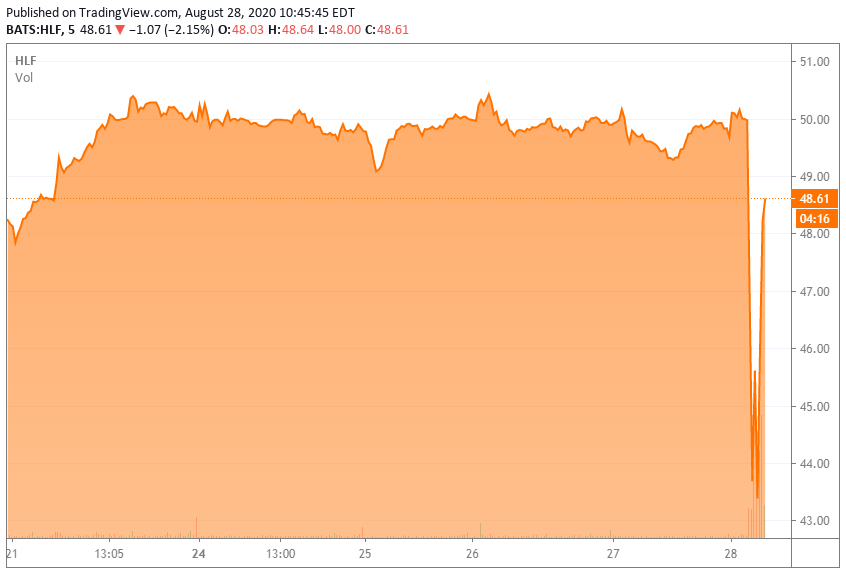